Beverly Commons, commonly known as “Greenwood” among area mountain bikers, has great technical riding and a remote felling for a place so surrounded by civilization. At only 126 acres you’d think that there wouldn’t be enough riding here to make it worthwhile. But if you did, you’d be wrong.

Though tightly packed the trails meander through the woods through high ground and low, some difficult and others smooth and flowy. With few exceptions all of the trails are just as much fun in both directions.

About those low areas. North Shore NEMBA has been working hard to avoid boggy areas, building bridges and doing minor trail re-alignments. Beverly Commons has a lot of vernal pools and efforts have been made to steer clear of them.

In 2014 NS NEMBA, working with the town, built a sizable new trail. It consists of a dry loop on the east side of the Commons where an existing trail made an extended tour through a swamp. The new trail was designed to be rocky, wild and challenging. There was a considerable amount of tread work done to insure that the trail wouldn’t degrade over time. It’s a prime example of trail building best practices.

The best place to park is at the end of Greenwood Ave at the trailhead.  Parking along Greenwood is also available but please respect the neighbors driveways, mailboxes, etc.

How did Beverly Commons come to exist in this heavily developed area? It appears that the name goes back to colonial times when it was used as a transportation route between north shore communities such as Salem and Gloucester. Like many other “common” lands it was an important source of firewood, lumber, building stones and was used as a common pasture for cows and sheep. Until population pressure and land clearing drove them away it was used by area hunters to stock their larders with deer, moose, cottontail rabbits, turkeys and other edible game.

Much as the early settlers did you’ll enjoy Beverly Commons. Though you’re ‘game’ will be the hunt of trails rather than food for your table. 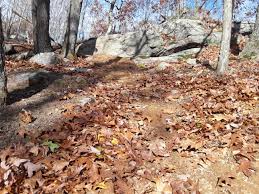 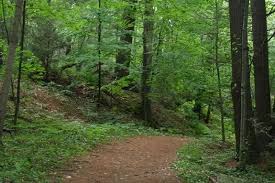