"We had an amazing day of charity, friendship, laughter and mountain bike riding. We saw over 120 attendees bring an unwrapped gift. We also received 14 brand new bikes to make this a very special Christmas. This was our first year featuring marked loops and adaptive cycling athletes in attendance. After the group picture, everyone had an amazing ride and we followed it up with some Chili and cornbread at the NEMBA social event." Frank Merola CC NEMBA President

The pile of toys and bikes collected required a flatbed truck for the haul-away. Fortunately, the C-O-MM Fire Department was there to help get the toys and bikes to the Toys for Tots drop off center.

The event was run out of the Cape Cod Airfield with a big assist from Chris Siderwicz, airport manager.

Hot chili was provided by The Loft Restaurant & Bar in Yarmouth.

Santa's Elves were there to help out too.

There were guided rides of about 6, 10, 12 and 20 miles. Though many people, familiar with the trails just took off on their own.

We had a 6-mile arrowed adaptive bike ride that was enjoyed by nearly 20 riders and and some great dogs. Many on adaptive bikes. (Well, okay, not the dogs.)

Terry Downey from the Spaulding Adaptive Sports Center led it.

Terry shared some of the reactions she got to the adaptive ride addition. "The ride was great and the community fantastic." and "I rode with the adaptive riders for a while. They are just like me, out having a great time on the trails just the bike has a different set up.”

This was the first CC NEMBA event that adaptive cyclists took part in.

But it won't be the last! 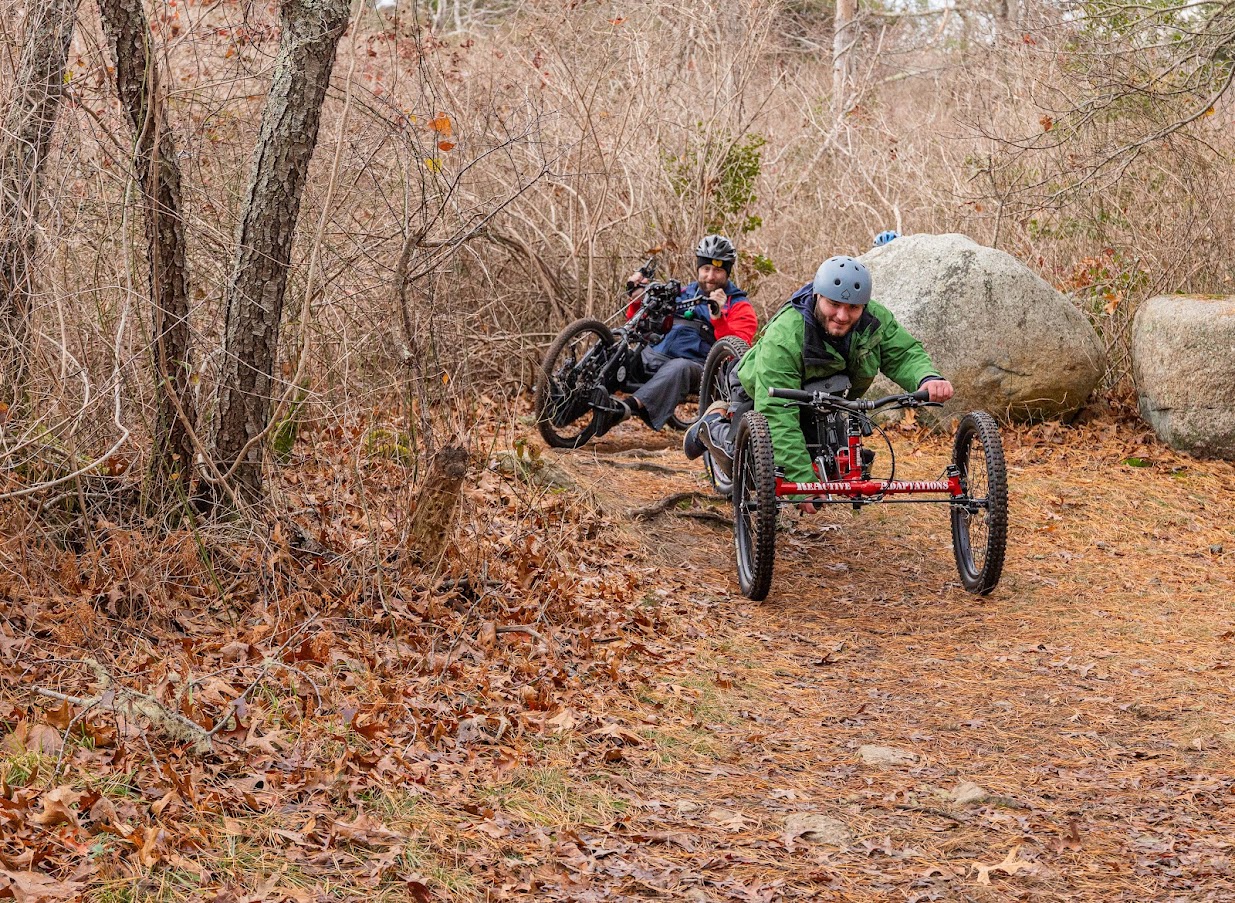 The event at the West Barnstable Conservation Area. Known as one of the most popular places to ride on the Cape with over 40 miles of trails.

Cape Cod NEMBA wants to recognize the town of Barnstable without who's assistance this event wouldn't have been possible.